Wire Regeneration has been formed to drive regeneration and development activity in Warrington.

The partnership has been formed in 2014 between Langtree and Warrington Borough Council, who will be represented and enabled by the town’s economic development and regeneration agency, Warrington & Co.

The joint venture will principally cover the town’s southern gateway.

Wire Regeneration is a joint venture company between Warrington Borough Council and Langtree which was formed in 2014. 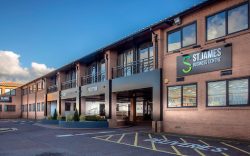 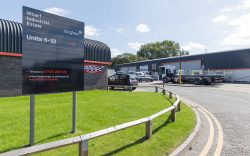 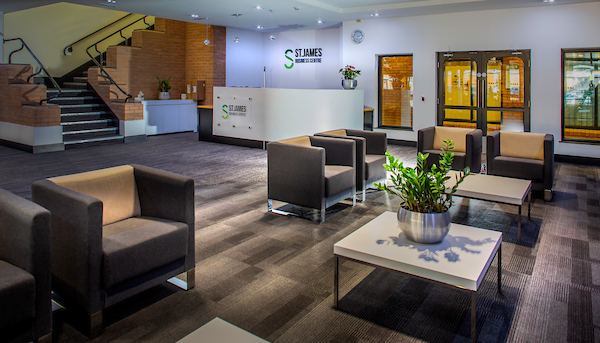 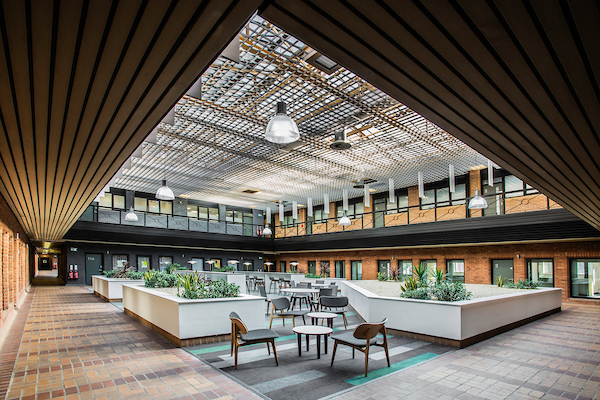 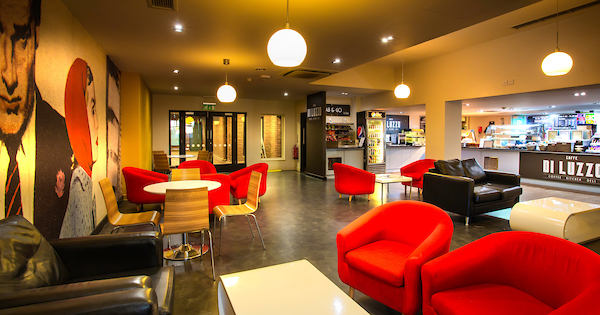 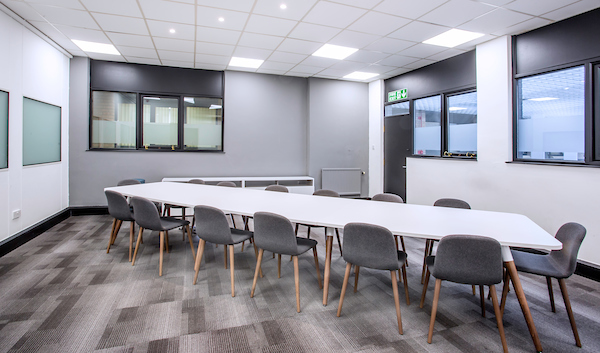 St James Business Centre is a 2 storey office building with a range of office sizes to cater for businesses of any size or type. The building has many strengths, but one of its key attributes is the ability to offer both conventional and fully serviced office solutions on flexible terms at competitive rental rates.

Located on the outskirts of Warrington town centre, St James Business Centre is perfectly situated for all forms of transportation and has extensive onsite parking. The building also greatly benefits from spacious communal break out space and an on site café. The business centre is within a 10-minute walking distance from both Warrington Central and Bank Quay rail stations, and has fantastic local amenities right on its doorstep – Riverside Retail Park and Golden Square Shopping Centre, to name a few.

— Kitchen facility in all conventional offices —

— Variety of meeting rooms for hire — 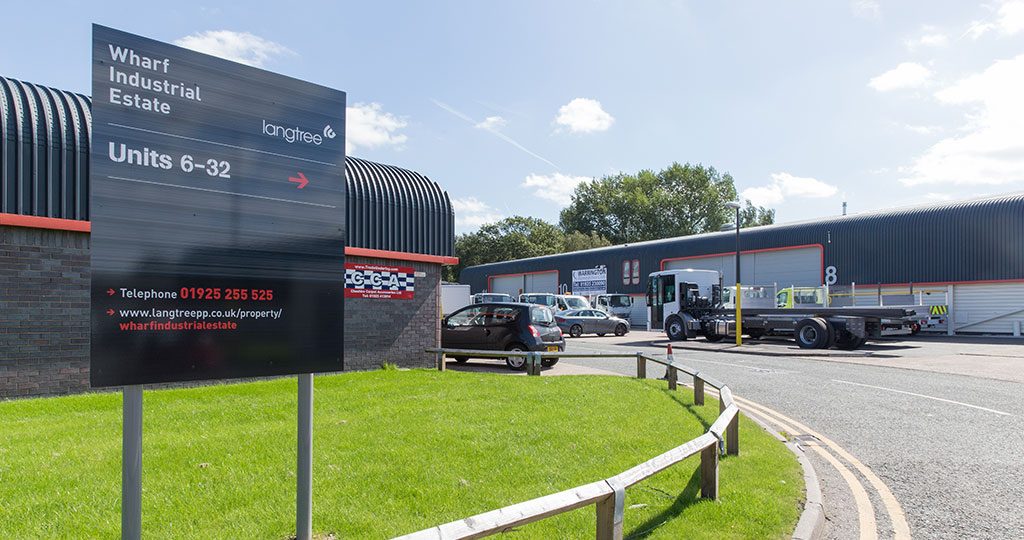 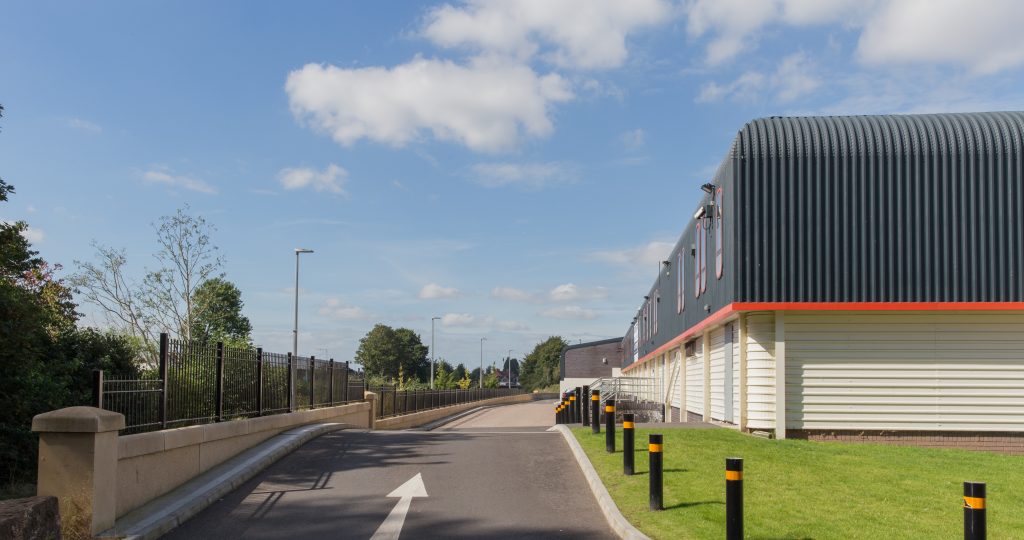 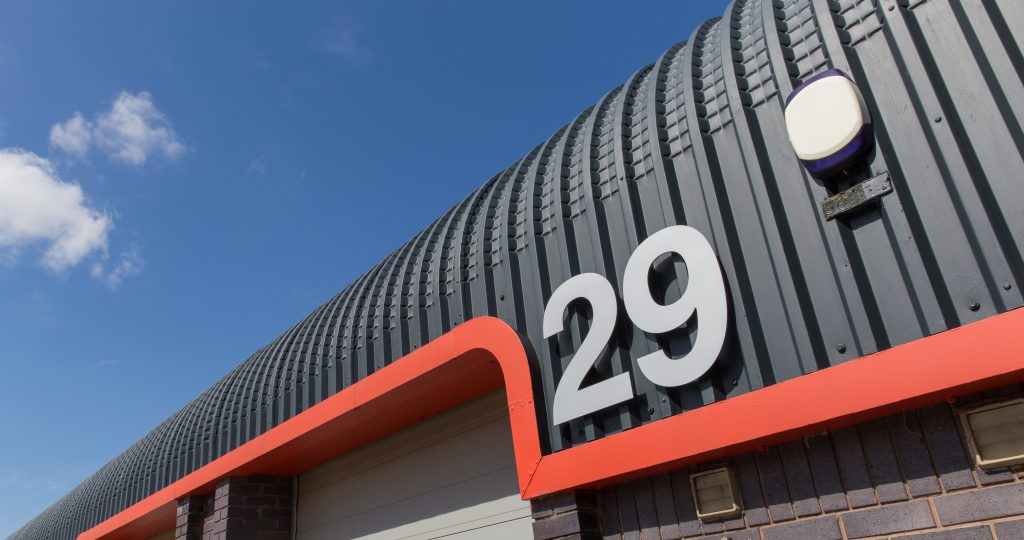 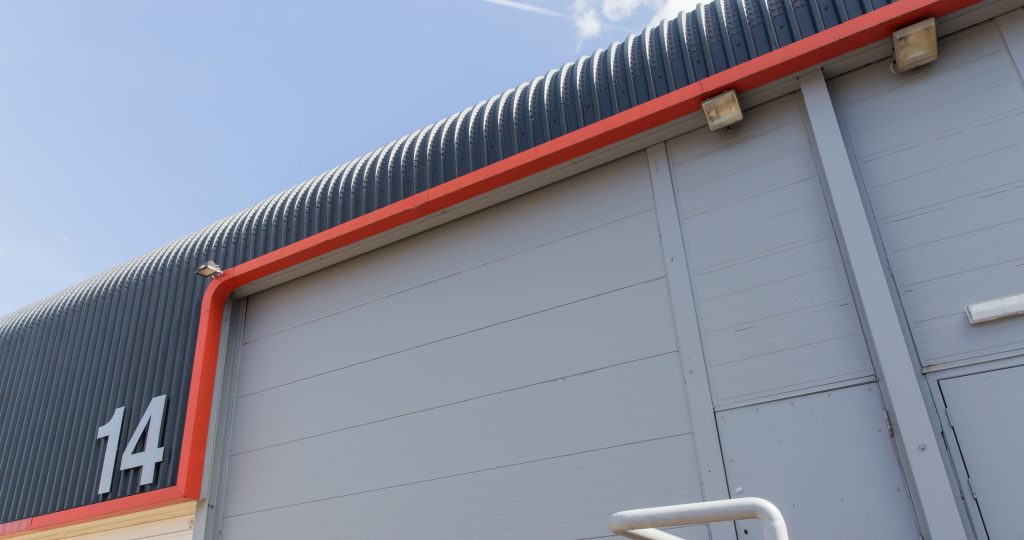 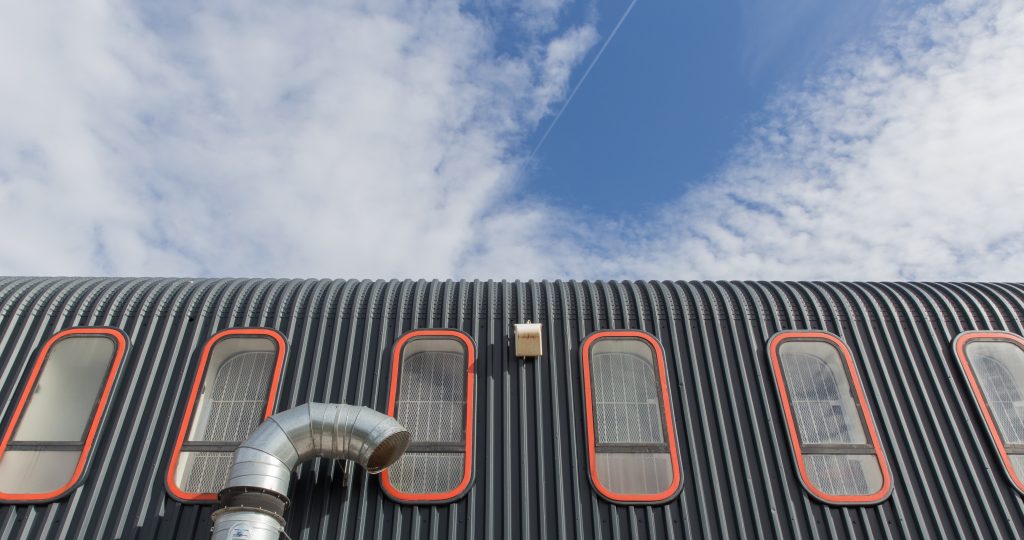 A 91,700 SQ FT INDUSTRIAL ESTATE LOCATED TO THE SOUTH OF WARRINGTON TOWN CENTRE.

The estate is located to the south of the town centre, 1 mile away from Warrington Central train station, which provides direct links to Manchester and Liverpool. Both the M6  and M62 motorways are close by, ensuring the site is ideally placed to serve the North West. 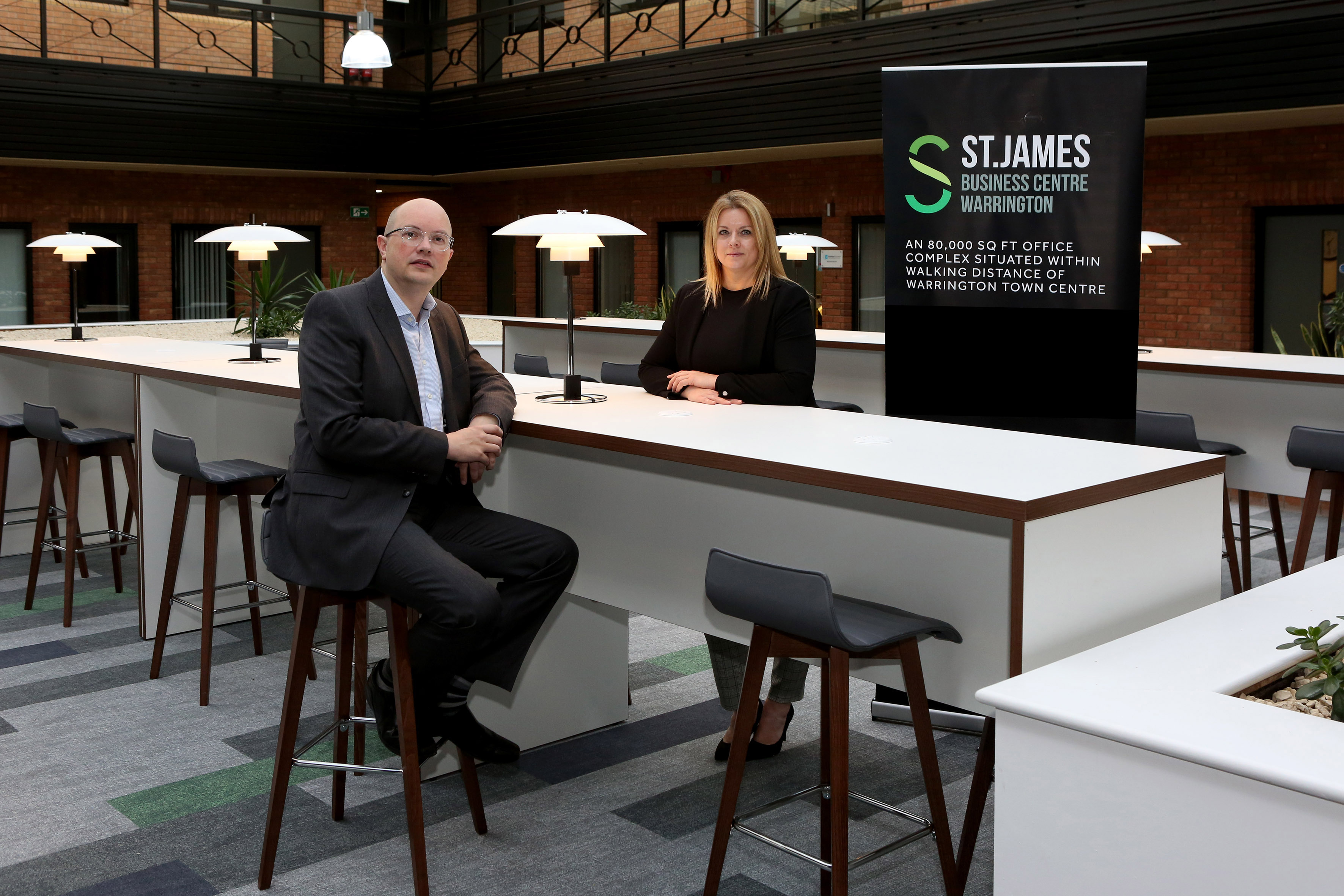 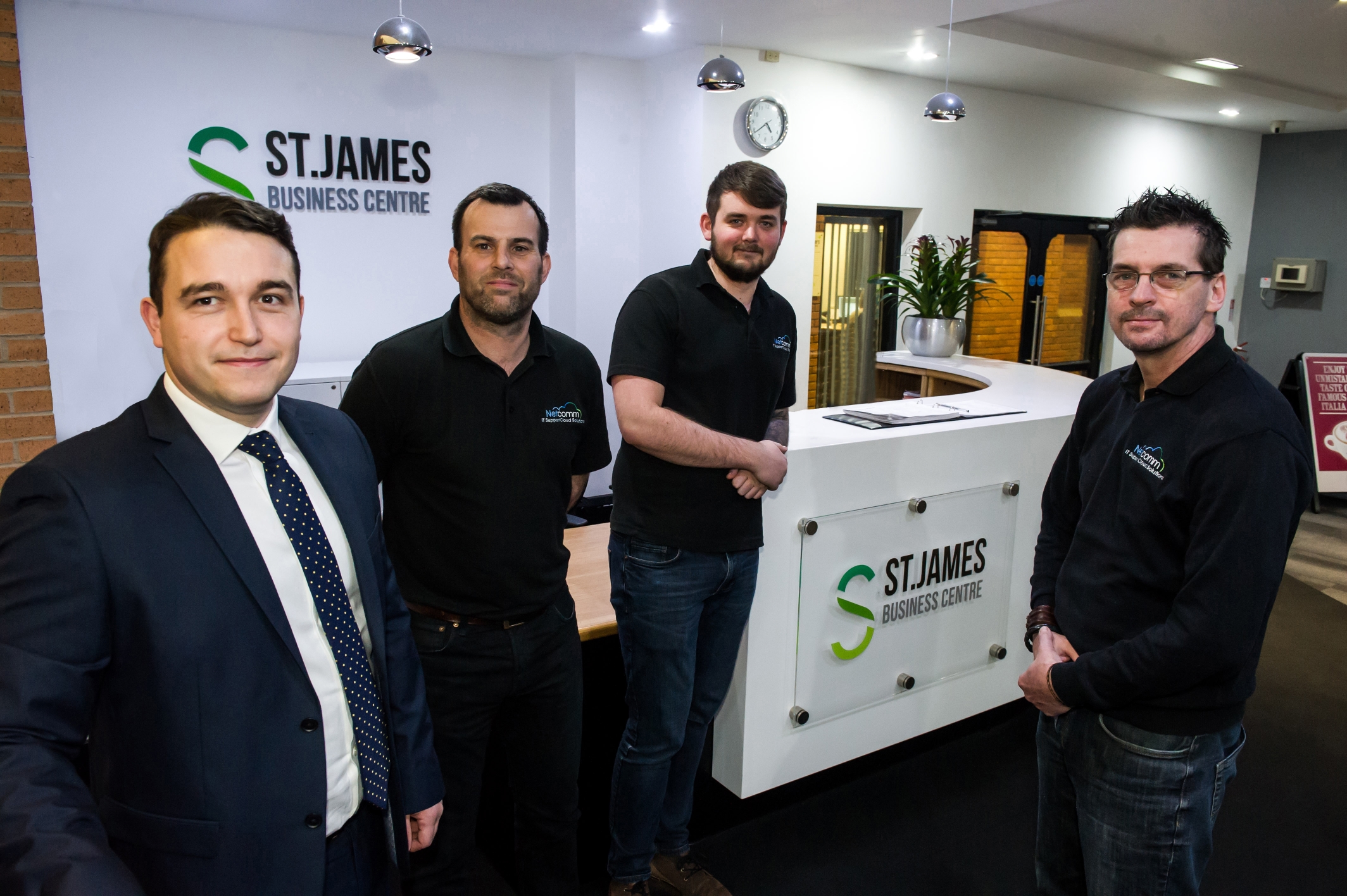 Warrington’s place as the north west’s most enterprising economy continues to draw tenants to its popular St James Business Centre on Wilderspool Causeway.

Three new lettings have been confirmed for more than 3,000 sq ft of office space, proving the value of recent investment in the multi-tenant office base.

“Whilst the political headwinds are blowing stronger than previously the economy just keeps ploughing forward and these lettings are proof that SMEs remain confident of its trajectory,” said Laura Moore, building manager at Langtree, which manages the business centre as part of its joint venture with Warrington Borough Council.

Commenting on his firm’s move to St James Business Centre, Graham Roberts, commercial director at ABL said: “As an expanding business we needed a home that offered everything in a single package, with flexibility to scale up as we grow.  Our work takes us around the north west so on-site car parking and Warrington’s central position in the regional economy made St James Business Centre the perfect choice.”

The latest lettings follow a rolling programme of refurbishment at St James Business Centre, which has included refurbishments of individual office suites and communal areas, and enhanced car parking.

The joint venture between Langtree and Warrington Borough Council has delivered a programme of improvements to the popular base for SMEs and the new occupiers span sectors as varied as education, finance, energy, recruitment, interior design and healthcare.  The deals represent around 3,000 sq ft at the 80,000 sq ft centre.

“All were looking for a well-managed, flexible space with the convenience of on-site parking and St James Business Centre meets their needs perfectly.  Tenants can scale up easily here and our on-site facilities, such as extensive car parking, café, creche and break-out spaces make it easier for them to attract staff,” added Jayne.

Commenting on his firm’s move to St James, Ged O’Neill Bell of Teachers Financial Planning said: “We wanted a flexible lease in a place with a buzz that we can feed off.  Being surrounded by other ambitious firms pushing hard to shake up their markets was a key consideration.  St James Business Centre is the perfect home for us.”

The team at Warrington’s St James Business Centre are celebrating a lettings boost as four new tenants completed office moves in the first month of the year, along with two existing tenant expansions.

Building manager Langtree, which runs the 80,000 sq ft office building as part of its Wire Regeneration joint venture with Warrington Borough Council, has reported that it is now home to around 400 people following the latest arrivals.

“We really do have a variety of businesses here, and our latest four lettings point to the breadth of tenants that have chosen to make us home,” said Ian Taggart, group property manager at Langtree.  “Tenants tell us that this diversity is one of our great strengths.  It feels like a proper community and has been key to our success.

“The mix of offices and flexible leases make it a great choice for any business that needs to be able to adjust its requirements easily to suit the market,” added Ian.

Chris Sumner from Netcomm said the upsize would enable his business to improve their service to clients whilst expanding staff numbers:

“We’re growing healthily and need a comfortable workspace that helps us serve clients better whilst attracting the quality of people we need.  It’s a great start to the year for us.”

Contract caterer Optima Catering has moved in to the popular 80,000 sq ft business centre on Wilderspool Causeway to provide a base for its growing operation in the area.  The company has taken a 694 sq ft unit on a five-year lease.

Existing tenant Claims Helpdesk has taken a further 1,124 sq ft to bring its occupation at the building to almost 4,500 sq ft.  The company is now the third largest occupier at St James Business Centre, which is managed by Langtree on behalf of Wire Regeneration.

“Both lettings illustrate the centre’s enduring appeal to ambitious SMEs, who need flexibility with regards to their office size and lease requirements,” said Jayne Furnival, group property director at Langtree.

“Whilst it has the advantage of being on the edge of the town centre St James Business Centre is also very self-contained, with everything from a lively café to the popular atrium break out space and its fully-serviced & conventional offices.  Our flexible leases and facilities mean businesses can always find space that suits their stage of development and cost needs,” added Furnival.

A further three offices are currently under negotiation.

The work/life balance of staff at St James Business Centre in Warrington is about to get somewhat easier with news of the busy centre’s latest letting.

The Little Day Nursery has taken a 3 year lease on more than 3,000 sq ft of ground floor space to provide nursery facilities to occupiers and nearby parents. The facility will have room for 60 children and will be open from 7.30am to 6pm, Monday to Friday.

“We are delighted to welcome The Little Day Nursery to St James Business Centre, which is at its highest ever occupancy level, having seen nearly a 20 per cent increase in tenants over the last year. Figures out recently showed that Warrington has the sixth highest level of new company formation outside London and that’s been reflected in our experience. Our flexible space has proven a real draw and having a nursery will merely strengthen the centre’s appeal,” said Jayne.

Nursery managing director Anita Curbishley said: “St James has a lovely feel to it and the space lent itself perfectly to a day nursery. There’s lots of room for the children to play and enjoy themselves, plus some lovely quiet corners when they need a nap. There are lots of parents with young children here so we’re already ahead of our forecasts with regards to occupancy.

“We can offer free early years entitlement for 2 and 3 year olds and from the number of baby seats I’ve seen in the car park I think that might be quite popular!,” added Anita, who provides the administrative back up to her daughter Sally, who is the nursery manager and a fully-qualified nursery nurse.”

Cllr Geoff Settle, the mayor of Warrington, this week marked the completion of a successful £270,000 refurbishment of Wharf Industrial Estate.

He visited the newly refurbished units on the popular 92,000 sq ft site on Wharf Street.

“This is an important development for us in Warrington providing valued employment space to both national and local employers alike,” said group senior property director at Langtree, Jayne Furnival.
Warrington has one of the UK’s highest rates of company formation and high levels of demand as a consequence, explained Furnival.

“Warrington attracts talent which drives demand for quality space and we’re delighted to be able to provide a product that we knew would be quickly snapped up.”

The Mayor, Cllr Geoff Settle said: “I was very impressed with what I saw. As a member of the planning committee a year or so ago I visited the unit that now is home for Warrington Gymnastic Club. What a transformation, they have done a great job and created a fantastic asset. The Mayoress said that our daughter Katie, who spent many years with the club as gymnast and coach, would be thrilled to see the new impressive facilities.

“We also got to tour Schwer Fittings Ltd. It was fascinating to see the stainless steel fabricator parts being made by this German company using an English workforce. They mainly supply the petroleum industry where quality, precision and fast delivery is paramount.

“MD Wolfgang Moellers demonstrated how parts are individually marked by a laser with a unique code to ensure a full audit trail. Approximately 30% of their production is for export which is a great feather in the cap for the Warrington business.

“It was also great to see the completed flood defence work alongside the river Mersey that will protect the investment made by locally based businesses.”